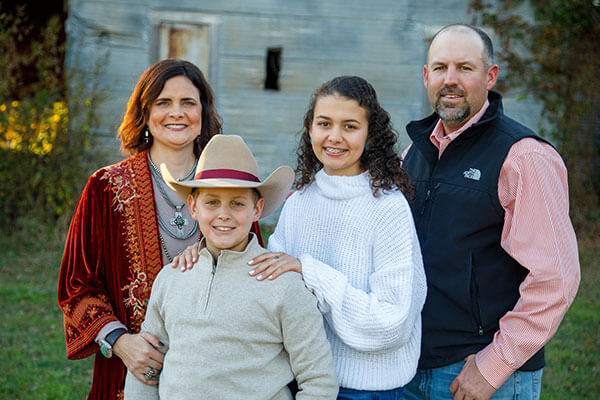 Jacob grew up in Reagan, Texas, just 35 miles south of Waco, exhibiting championship steers and hogs across the state. When Jacob was recruited to attend Northeastern Oklahoma A&M (NEO) on a livestock judging scholarship, he thought of starting a business to help pay his way through college. Jacob started helping other young people with feeding, fitting and selling steers - which would lay the foundation for Tusa Show Cattle.

He then went on to attend Texas A&M University and graduate with a degree in Animal Science. During his time spent at Texas A&M, he was a member of TAMU's National Champion Livestock Judging Team, among many other national judging awards. One of his proudest accomplishments was being awarded 3rd High Individual at the North American Intercollegiate Livestock Judging Contest in Louisville, Kentucky and 2nd High Individual at the National Western Intercollegiate Livestock Judging Contest in Denver, Colorado. Jacob worked as he was pursuing his degree by beginning his business now known as Tusa Show Cattle.

Ingrid grew up four hours away on her family’s farm and ranch operation in Ericksdahl, Texas. From as early as 1 month old, Ingrid was on the stock show circuit accompanying her older sisters in being one of the powerhouse steer-showing families of Texas during that time - winning Grand or Reserve at almost every major steer show in Texas. Ingrid was extremely passionate about cattle showmanship and was very competitive in the TCCA for many years. Ingrid won 3 TCCA High Point buckles: Champion Senior Steer Showman in 1997 & 1999 and the 1997 Champion Hereford Steer Exhibitor. She followed her family’s tradition of becoming an Aggie and graduated from Texas A&M University with a bachelors degree in Agricultural Economics and a masters degree in Agricultural Education.

Like many top young livestock showman of Texas, both Ingrid and Jacob dreamed of attending Texas A&M University to study agriculture and be on the livestock judging team. When Jacob and Ingrid both enrolled in the livestock judging class at Texas A&M, they instantly made a connection with their mutual love of livestock and agriculture. Both Ingrid and Jacob were members of Texas A&M’s 2002 National Champion Livestock Judging Team, and Ingrid was a member of the 2001 National Champion Meats Judging Team. And, after many hours spent together in their livestock judging experiences, the two fell in love and married in 2003.

The young couple decided to make their home in Reagan, Texas. Centrally located to nearly every Texas major city, it was a natural choice for their business. They have two children, a daughter, Georgia, and son, Charlie. The family loves the small town life.

Although it was Jacob who envisioned Tusa Show cattle nearly 20 years ago, the success of the business wouldn’t be possible without the partnership with his parents - Frank and Sandy - and brother, Jared, and sister in law, Kalli. 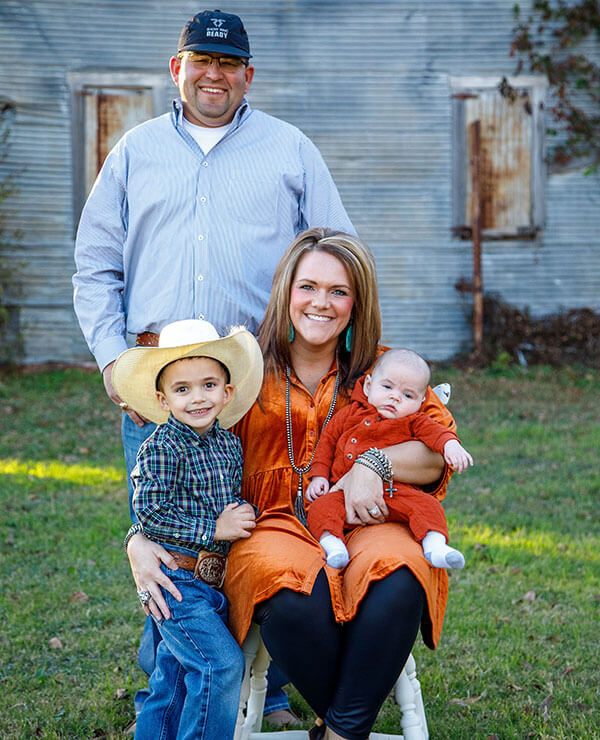 Jacob's younger brother, Jared Tusa, was very involved in his family’s operation growing up and competitively showed steers and pigs. After graduating from Marlin High School, he went right on to attend Texas A&M University and graduated in 2005 with a degree in Agricultural Economics. While at Texas A&M, Jared was an active member of both the department of Agricultural Economics as well as the Texas A&M Restaurant Management Club where he began his strong interest in restaurant management. He worked three jobs in college including grounds maintenance at a golf course, managed his own pressure washing business, and worked at the Czech-Tex Steakhouse and Outback Steakhouse. He began work with Carino's Italian in June 2005, where he served as an assistant manager until the fall of 2008 when he joined in the Tusa Show Cattle business with his dad and brother.

Kalli grew up in Gail, Texas. The youngest of three, she was raised around cattle and was very successful winning top honors at many of the Texas major shows. Kalli graduated from Texas Tech University in 2011 with a degree in Animal Science and then went on to graduate with her bachelors in nursing from Texas Tech University in 2014. She got to know Jared when they were at cattle shows and later during the Tusa’s first fall retreat where she judged the showmanship competition. Jared and Kalli married in 2015 and have two sons, Jack and Mills. When Kalli’s not busy with her at home nursing position with United Healthcare, she’s helping out with the family business as well. 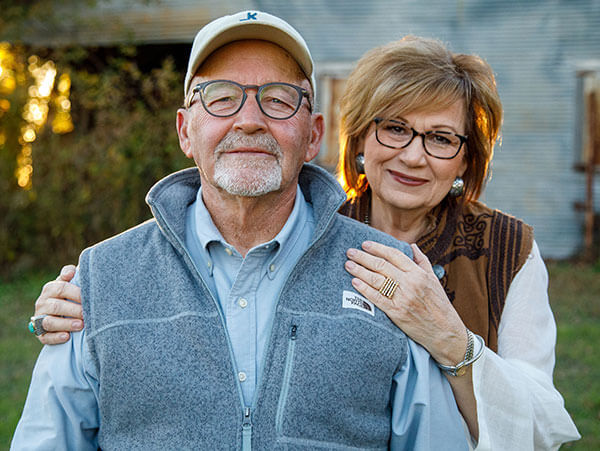 Frank and Sandy Tusa have been an integral part of Tusa Show Cattle. Both born and raised in Falls County, Frank has lived on his farm and ranch land in Highbank his entire life. Frank attended Texas A&M University and was a member of the Corps of Cadets. He later graduated from West Texas A&M University where he had a strong interest in the feedlot industry. He later returned to his family's operation, where he farmed and ranched. Over the years he and Sandy have run a large cow/calf operation and farmed several crops as well as running stocker cattle on oats and grass. When his oldest son, Jacob, graduated from Texas A&M, they began working together on building Tusa Show Cattle. Frank and Sandy were able to provide the land to set up the business and contribute with their experience in the farm and ranch sector. The Tusa's have two sons, Jacob and Jared Tusa.